Checked out the Mt. Rainier Intentional Blackout Porch Night this past Saturday. As you wise ones can deduce from the name, this was an afternoon-into-evening filled with live music performed by musicians local to Mt. Rainier, Maryland. Over nine different sets played for about thirty minutes on the porch of people’s homes (sometimes their own porch, sometimes a bud’s porch).

When one performance would wrap up, all would gather and walk together to the next scheduled set. Super-cool way to expose oneself to the local music scene and the bevvy of local musicians who we call neighbors.

With bouncing young’ns in tow, we managed to catch Sam McCormally & Jodi Beder do their respective thangs. Sam’s a singer-songerwriter with the band Fellow Creatures.  They’ve played at the Black Cat, Rock & Roll Hotel, DC9, the Brentwood Arts Exchange & tour nationally. Put another way, we got to check out a show, on a porch, in Mt. Rainier, by a musician who lives in Mt. Rainier and plays at awesome clubs – pho free & with a bunch of awesome neighbors! 👏 Sam was up there with Maureen Andary, who’s played with The Sweater Set for many years, and also plays solo a bunch on both guitar and ukulele. Their harmonies were beautiful. So nicely woven together. Here’s a snippet captured by my wee phone video:

We then headed to catch Jodi Beder, a classical cellist whose Kennedy Center bio notes: “Her performances on baroque and classical cello have included work with Berkshire Opera, Opera Antica, Fuma Sacra, and the Washington Bach Consort.” Jodi played a number of tunes, including Bach’s  “Air on the G String,” highly recognizable as one we’ve all heard at weddings. A bit of that performance (and my son conducting…) here:

Although we didn’t get a chance to check out all of the musicians on Saturday, I did check them out – virtually – today and am sharing links to their sites / Facebook / Soundcloud pages so that we may all give them a listen and maybe check them out next time they’re on tour, be it at DC9, the porch or otherwise! Check ’em out and do what you can to support out local musicians and our loverly local music scene!

Jodi Beder, experimental, classical cellist and member of the band Zen for Primates.

Kirsten Lies-Warfield, first female trombonist ever selected for the U.S. Army Band! You may have heard her play with the gypsy rock band, Black Masala. Check her out, here!

Mansutus Jones. I wasn’t able to find this band’s website but I did find this interview featuring the band and their music. Give it a listen, here!

Have you heard any of these bands before or did you attend Mt. Rainier Intentional Blackout Porch Night? If not, check ’em out and share your thoughts in the comments below!

We were away for much of the summer, so we had to … END_OF_DOCUMENT_TOKEN_TO_BE_REPLACED

We are steadily working our way through the 25 … END_OF_DOCUMENT_TOKEN_TO_BE_REPLACED

The next stop on our tour of the 25 Imagination … END_OF_DOCUMENT_TOKEN_TO_BE_REPLACED

Our tour continues with a stop at the two Prince … END_OF_DOCUMENT_TOKEN_TO_BE_REPLACED

Our tour of the 25 Imagination Playgrounds in … END_OF_DOCUMENT_TOKEN_TO_BE_REPLACED 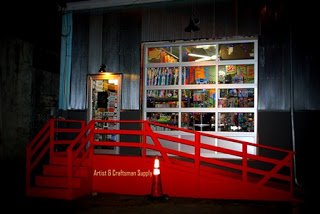