Route One Hubs here. (Yes, you can guess who came up with this catchy moniker….) From time to time, as part of my campaign for husband of the year, I take the kids out for a few hours so the Route One Fun maestro can get some work done on this here blog. I call these outings our “adventures” and this is the story of one of those adventures. I hope to chronicle a few more as time goes by.

Bowie Baysox with the Kids

My son and I were getting our hair cut on a Sunday morning and I was thinking of things for us to do that day. Across the way he spotted a Bowie Baysox schedule. “Perfect!” I think, remembering that I have a discount ticket of some sort at home. We checked it out and discovered that, not only did they have a home game that day, but that it was “take your dog to the ballpark” day. By random chance we had a house guest that weekend – a fantabulous dog named Goober!

I really didn’t have a choice, did I?

Baseball, Kids, a Dog & Some Beer

Prince George’s Stadium is an easy 20 minute drive from Route One Fun World Headquarters (near Baltimore Avenue and East-West Highway). Well, it’s a smooth 20 minutes on a sleepy Sunday afternoon, probably not on a weekday commute home. Anyway got into the stadium easily enough and managed to get snacks for the kids, water for the dog and a Victory Summer Love for myself. We got general admission seats behind first base. It’s a lovely, compact stadium, not a bad view in the house. 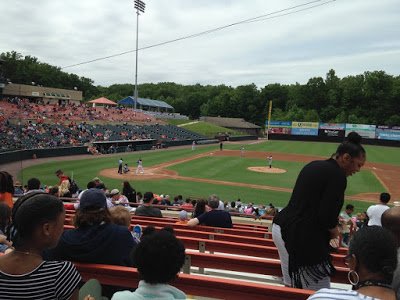 About halfway through the first inning I get a text from my friend Bill. It’s a photo of Camden Yards in Baltimore, where he’s taken his daughter to an Orioles game. Bill and I have spoken a couple of times about taking our kids to a game together. So not only did we fail to contact each other when we actually went to a game, we managed to take our kids to separate games on the same day at the same time. It’s the kind of planning incompetence that only 2 dads can accomplish.

Meanwhile, back in Bowie and between short bursts of baseball we were treated to an endless stream of mid-inning entertainment. There’s too many to recount at this point but some of the highlights were the sumo battle (2 guys in giant fat suits bumping into each other) and some kind of “chase the insect” game sponsored by (you guessed it) a pest control company. Somewhere on the internet is a collection of greatest minor league baseball entertainment. I’d love to see it.

Kids at the Baseball Game….

The kids were (reasonably) well behaved, sitting down for approximately 1 inning before wanting to walk up and down the aisle and lean perilously close to the railing at the bottom of our section. (Best that your Mom didn’t see that part). Goober was a champ. He is the calmest most laid-back dog on planet earth. 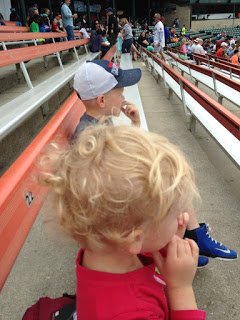 However as we exited the stadium, and with me momentarily reveling in the triumph of this outing, I hear a shout from my son. He points out that Goober has decided to take a big dump right at the stadium entrance. This would have been bad enough if not for my son also shouting “the dog is taking a poop” to the crowds of people streaming by. 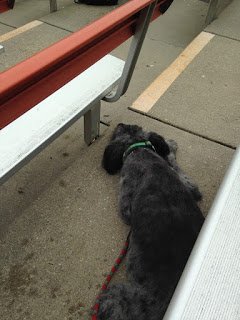 Overall we had a grand time and I definitely recommend checking out a Baysox game if you’ve never been. It’s pretty affordable and it’s a great place to watch a game.

We were away for much of the summer, so we had to … END_OF_DOCUMENT_TOKEN_TO_BE_REPLACED

We are steadily working our way through the 25 … END_OF_DOCUMENT_TOKEN_TO_BE_REPLACED

The next stop on our tour of the 25 Imagination … END_OF_DOCUMENT_TOKEN_TO_BE_REPLACED

Our tour continues with a stop at the two Prince … END_OF_DOCUMENT_TOKEN_TO_BE_REPLACED

Our tour of the 25 Imagination Playgrounds in … END_OF_DOCUMENT_TOKEN_TO_BE_REPLACED 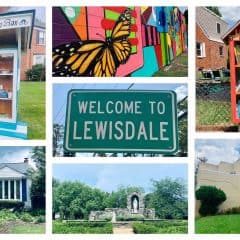