Are you getting caught up in the royal wedding frenzy?  I thought I wasn’t, but as the time approaches I find myself getting excited to watch it all! Thinking about the royals also reminded me of a story local armchair historian and friend, Shonin Anacker, shared about a visit the Queen made to the Queens Chapel Giant Food Store in West Hyattsville and a Terp’s game at Maryland Stadium in College Park back in the day.  Say what?

During Queen Elizabeth II and Prince Phillip’s first visit to the United States as a monarch, they managed to catch a Terp’s game against North Carolina and watch them defeat the Tar Heels, 21-7. After the football game, the Queen and her Prince also paid a visit to the former Giant Food Store in West Hyattsville, as “The supermarket, in its awesome majesty, is a growing symbol of American abundance,” wrote one AP reporter covering the Queen’s visit to the store.

The royal limousine drew up before the Giant Food Store and, to the complete amazement of hundreds of weekend shoppers, the Queen and her Prince consort got out and walked into the store. Housewives and other shoppers inside the store looked up in astonishment as they found the Queen and Prince Philip peering into their shopping carts. … While the Queen strolled about, the Prince separated from the party and soon found himself munching sample crackers and cheese bits someone offered him. “Good for mice,” he smiled at the gaping crowd around him. The young Queen, clad in a mink coat, appeared charmed by the shopping carts with small seats for youngster. “How nice that you can bring your children along,” Her Majesty told one woman who was wheeling a baby.

And look at what a fabulous University Park neighbor (& fabulous graphic designer) George Wilkinson Stark just shared about the Queen’s visit to her house back in the day! 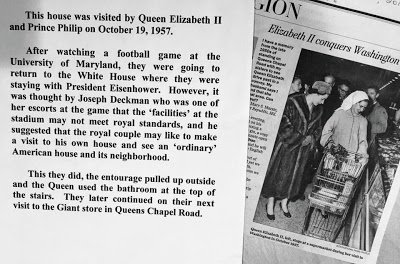 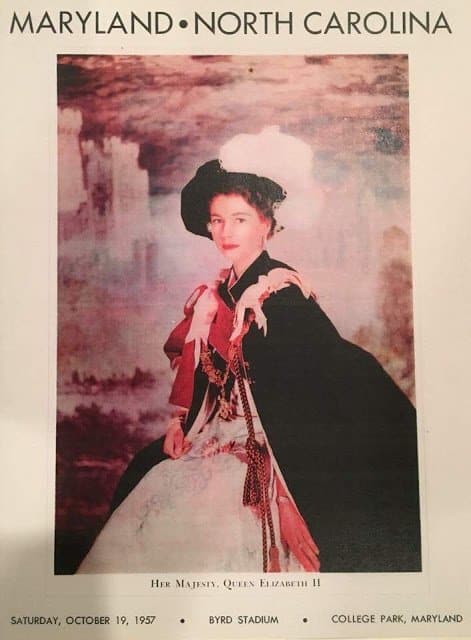 Now, who’s bringing me my tea and crumpets?!? I’ve got a royal wedding to watch! 🙂

We were away for much of the summer, so we had to … END_OF_DOCUMENT_TOKEN_TO_BE_REPLACED

We are steadily working our way through the 25 … END_OF_DOCUMENT_TOKEN_TO_BE_REPLACED

The next stop on our tour of the 25 Imagination … END_OF_DOCUMENT_TOKEN_TO_BE_REPLACED

Our tour continues with a stop at the two Prince … END_OF_DOCUMENT_TOKEN_TO_BE_REPLACED

Our tour of the 25 Imagination Playgrounds in … END_OF_DOCUMENT_TOKEN_TO_BE_REPLACED 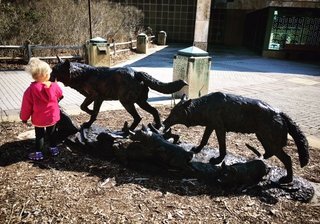 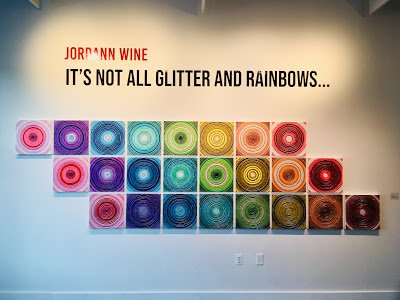