[2018 Update: Since writing this post, a couple of changes have been made at Calvert Brewing Company. While it’s still a fun place to visit with the kids, kids are no longer allowed in the rec room. Bummer, but there Route 4 IPA is enough to make up for the momentary disappointment.]
It’s the weekend, y’all!  Time for some relaxation, fun and maybe even a delicious beer or five.  Wait. What now?  “That’s not how my weekends go down,” you say.  “I’ve got kids,” you say.  “The odds of me enjoying a beer while lil wo/man is awake are slim to none.  Actually, there’s nothing slim about me or my odds; nada.”  Well, well.  Let me introduce you to Calvert Brewing Company & its kid-friendly Tap Room right here in our loverly Prince George’s County.

Calvert Brewing Company (CBC) is Maryland’s first designated farm brewery (which means that it makes and sells beer from ingredients harvested from its own farm) and the winner of 5 gold medals at the 2016 Maryland Craft Beer Competition.  Whoop, whoop!  CBC debuted in 2014 with its beer garden at Running Hare Vineyard in Prince Frederick, MD and was so well received that it opened its own production brewery and taproom early 2016 in Upper Marlboro, Prince George’s County. 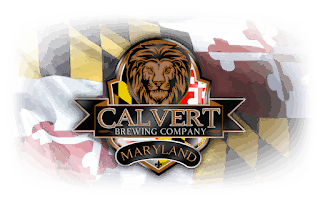 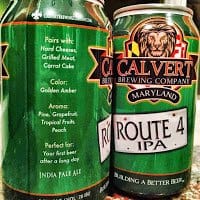 I became a fan of CBC’s beer shortly after imbibing one of their fine beverages at Riverdale Park’s Town Center Market some time ago; its Route 4 IPA is a deliciously crisp and fragrant beer that this wee beer enthusiast ranks right up there with heavy hitters like Stone IPA and Devil’s Backbone’s 8-Point IPA.  And I also enjoyed exploring the side of the beer can, which helpfully points out which foods to pair the beer with, should eating and drinking be your thing.

Blossoming fanship hurtled into full-on affection after I met CBC’s Kara Capelli (Sales Manager) and Nick Finney (Assistant Brewer) at Vigilante Coffee‘s Halloween Bash last year.  Dressed as my two favorite lovebirds, they shared that CBC purposefully sought a location in Prince George’s County and one that was big enough to allow for any necessary expansion without packing up and moving elsewhere.  Kara also shared a bit about CBC’s collaborations with local PG businesses, like their coffee-beer collaboration with Vigilante.  This creative engagement produced the Necromancer: a pleasingly rich beer with nutty, caramel (but not sweet), earthy qualities.  Even RouteOneFunHubs gave it the thumbs-up, which is no small feat as he’s usually really ornery and disagreeable.  😜

Likewise, CBC’s pop-up bar at the Brentwood Arts Exchange’s holiday market and their booth at one of Hyattsville’s Summer Jams are just two more examples of the company’s creative collaborations with our local community.  And as if you needed another reason to check this brewery out, Kara noted that CBC will be creating a beer for Hyattsville based on input solicited by the City.  The ultimate beer will debut on April 29, 2017 – at the Hyattsville Anniversary Celebration.  How cool and how much more local-lovin’ can you get?!?

CBC’s Taproom is Kid-Friendly.  For Real.  👊

During our chat, both Kara and Nick suggested that CBC was a great place to bring the kids and spoke of a rec room where little bipeds can frolic while you try to down a flight (my words, not theirs) of beers. With healthy skepticism, I accepted their offer of a tour and headed to Upper Marlboro two weeks later.  People:  They weren’t lying.  CBC’s taproom is roomy enough for kids to roam AND its adjacent rec room has ping pong tables, corn hole, board games, etc.

The rec room’s floor is concrete so in case your darlings sometimes go all out like Chris-Farley-Down-By-The-River style (no judgment here; just empathy), just plan ahead and pack a couple of band-aids.  Which we probably should do anyway….But – it is a contained room where young ones can play while you enjoy a deliciously tasty beer over a conversation that doesn’t involve Daniel Tiger.  I will also note that at the time of my visit, there were no baby changing tables in the bathrooms.  I encouraged the placement of such in both the men’s and women’s bathrooms, noting how the presence of such is an lovely, nonverbal way for a business to say “Welcome! We’re family friendly & want your business!” So, fingers crossed!

Head Brewer Matt Ducey and Kara graciously showed me around the production facility and shared, in great detail, what the brewing system and processes actually look like.  It’s amazing.  Between the creativity behind selecting between the different grains and hops to the science in scaling the precise ratio of carbon dioxide to alcohol, the brewing process is a truly an interesting, intriguing blend of art and science. Interested in a free tour?  Check out their calendar here. 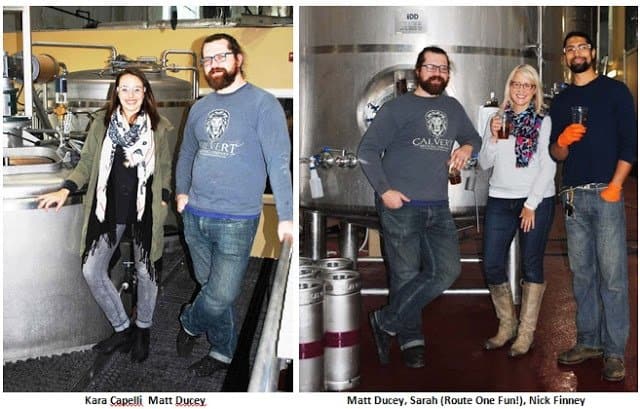 Speaking of visiting, I’d make a Saturday out of it:  Pack a picnic, head to Watkins Regional Park in the morning to check out their truly magical Wizard of Oz-themed playground, eat your lunch then head to nearby CBC (or head straight to CBC and order-in from a menu of local joints (CBC does not sell food)) for some hoppy treats and more playtime for the kids.

Where & How to Get Calvert Brewing Company Beer Into Your Body

The CBC website has a nifty “find our beer” widget on their site.  Gonna do you a solid right now and make it easy for you:

Sampling of Stores Along Route 1 Where You Can Find Calvert Brewing Company’s Beer:

Sampling of Restaurants Along Route 1 Where You Can Order a Calvert Brewing Company Beer:

If you stumble upon (not literally, hopefully) a place that doesn’t stock Calvert Brewing Company, ask them for it.  The beer’s awesome AND you’ll be supporting a great, local business.  Keeps it local, my buds.

As for your waistline:  I think you look fab.  Even in that shirt.  Keep on keepin’ on, homegirl/boy.  😉 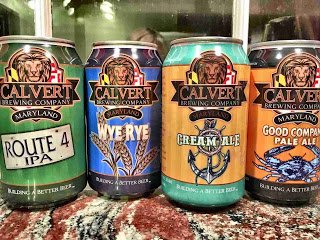 We were away for much of the summer, so we had to … END_OF_DOCUMENT_TOKEN_TO_BE_REPLACED

We are steadily working our way through the 25 … END_OF_DOCUMENT_TOKEN_TO_BE_REPLACED

The next stop on our tour of the 25 Imagination … END_OF_DOCUMENT_TOKEN_TO_BE_REPLACED

Our tour continues with a stop at the two Prince … END_OF_DOCUMENT_TOKEN_TO_BE_REPLACED

Our tour of the 25 Imagination Playgrounds in … END_OF_DOCUMENT_TOKEN_TO_BE_REPLACED 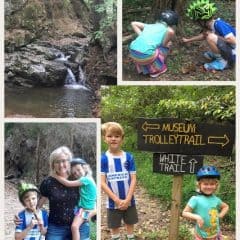 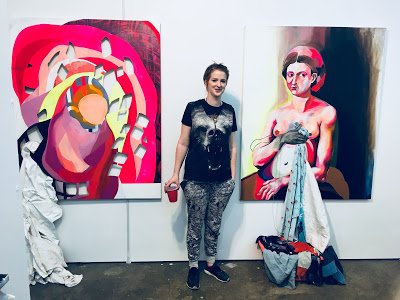