The Big Tuna. No, it’s not a new Subway sandwich, although it is occurring near a Subway store…. The Big Tuna is a giant, portable, woodblock printing press that reels off large-scale versions of area artists’ block prints. This touring hunk of artistic love is making a two-day stop at Pyramid Atlantic Arts Center in Hyattsville on October 9th and 10th. 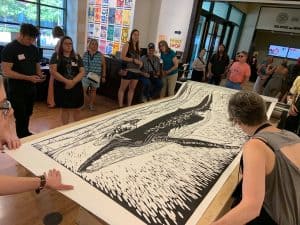 All are invited to check out this weekend demonstration as the Big Tuna produces paper prints from the woodblocks — essentially giant wooden stamps up to 4 feet by 8 feet. There’ll even be a chance for you to get a feel for how this magic happens with a hands-on community art-making activity! More details in press release, below.

“You can catch the Big Tuna, a portable print press whose girth inspired its name, in action as it reels off large-scale works by 20 area artists Saturday and Sunday at Pyramid Atlantic Art Center, 4318 Gallatin Street, Hyattsville.

BIG INK, a New England-based arts business, is teaming up with Pyramid Atlantic Art Center for a third time. 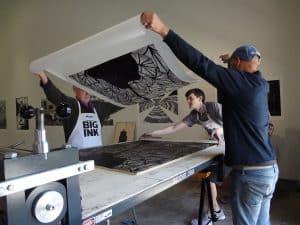 All the work leads up to a two-day public demonstration this weekend as the press produces paper prints from the woodblocks — essentially giant wooden stamps up to 4 feet by 8 feet, Castonguay said.

“Seeing woodblocks printed at this scale is impressive,” Castonguay. “(It’s) like magic. The woodblock is inked, sent through the press, and an image appears on the paper. It’s like watching a rabbit pulled out of a hat.” 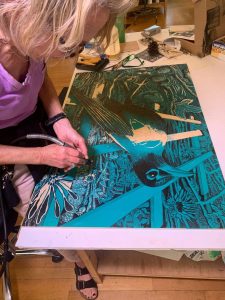 (Carol Barsha, pictured above, is a Virginia Center for Creative Arts Fellow and one of the featured artists. In this photo, she’s carving with traditional Japanese chisels (and an electric dremel tool) on sustainable sourced Japanese Shina plywood.)

BIG INK in 2016 raised $13,000 to build a traveling printing press, which could be assembled in museums, universities, art centers, galleries and beyond. The company tours the country hosting workshops with the press.

Pyramid Atlantic Art Center will be open to visitors from 11 a.m. to 4 p.m. each day. There will be a hands-on community art-making activity. 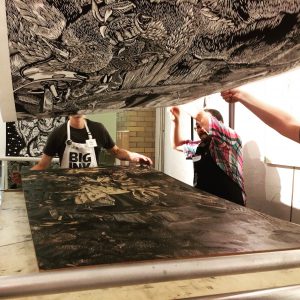 Printing Work by Zachariah Schmitt at Maryland Hall for the Creative Arts.

Curious about all the happs along the Route 1 Corridor?
Then you best keep up with and subscribe to Route One Fun!

We were away for much of the summer, so we had to … END_OF_DOCUMENT_TOKEN_TO_BE_REPLACED

We are steadily working our way through the 25 … END_OF_DOCUMENT_TOKEN_TO_BE_REPLACED

The next stop on our tour of the 25 Imagination … END_OF_DOCUMENT_TOKEN_TO_BE_REPLACED

Our tour continues with a stop at the two Prince … END_OF_DOCUMENT_TOKEN_TO_BE_REPLACED

Our tour of the 25 Imagination Playgrounds in … END_OF_DOCUMENT_TOKEN_TO_BE_REPLACED 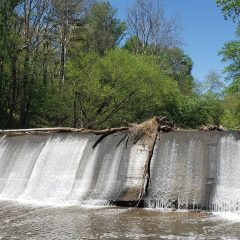 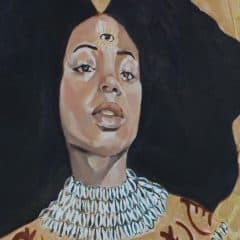